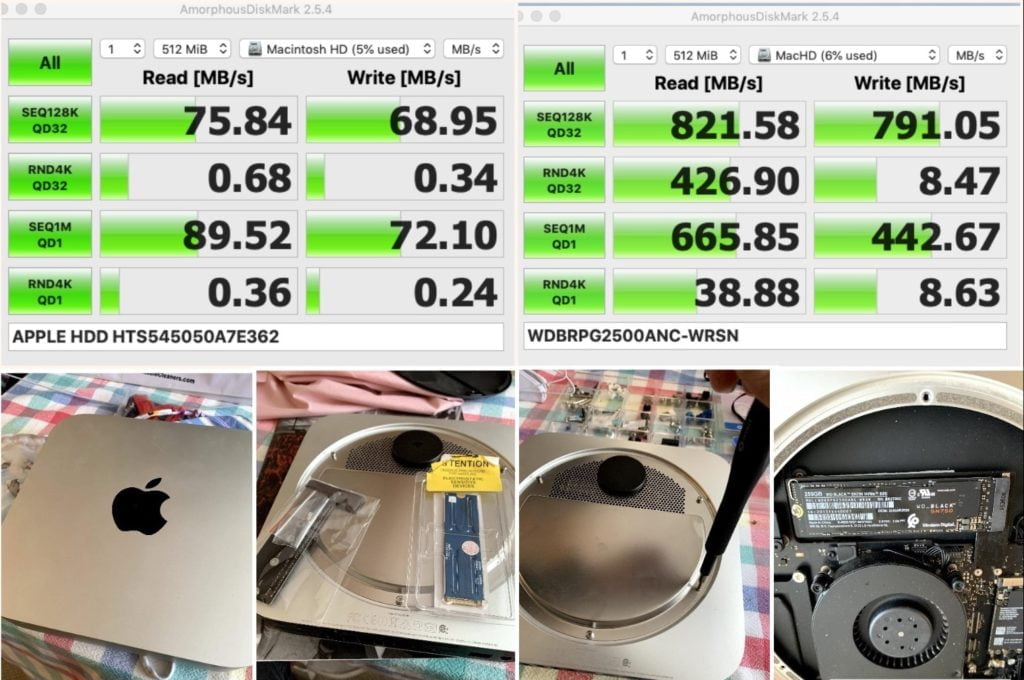 We recently upgraded an Apple 2014 Mac Mini as it was very slow. I suggested to integrate an NVME Solid State Drive to try to address the hard disk bottleneck which was causing very slow response on the Mac Mini.

The disk speed measurements show the drastic increase in the performance of the Mac Mini. This has to be one of the best upgrades in terms of a greatly improved user experience we have seen. Give us a call at Satuit4me with all your Apple Mac computer needs.